Hit enter to search or ESC to close
Food for thought 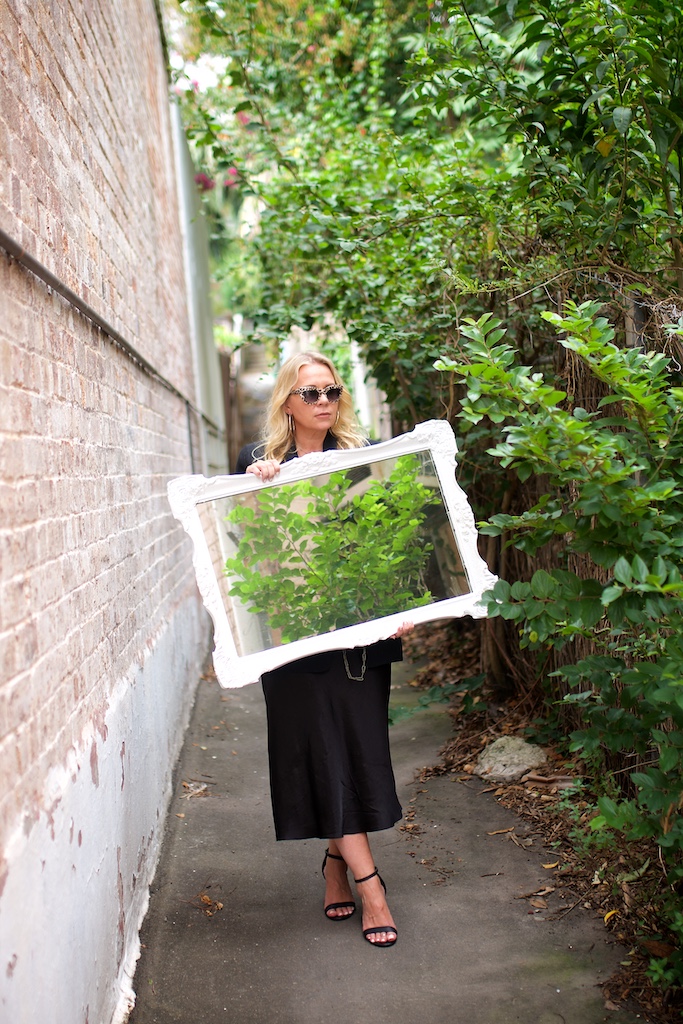 ‘When we change the way we look at things…

The things we look at change’

I always felt second hand fashion could have an effect much bigger than first perception and it is my passion to show people exactly that…however a few years into my role with Salvos stores, the deeper meaning and purpose of preloved clothing really hit home for me.

Thrift shopping is so much more than an opportunity for a cute outfit; it’s an incredibly powerful tool for transformation.

I am so fortunate to have witnessed some remarkable stories unfold right before my eyes.

Some uplifting, some really hard to hear but boy I’m glad my ears and heart were open because to this day they have drastically changed the way I see op shop garments and the stores which house them. To me they are fashion change agents with a healing hand weaved into their very fabric. Sartorial Shape shifters.

So with that in mind I thought I would share a few of my personal examples to show you why….

I was in Queensland late last year to speak at a conference and I was preparing my presentation at one of our stores.

I’d decided to invite a few models to showcase looks from our $2 shop and also have them speak about sustainability from their perspective, their generation’s connection to it and how it was perceived in the modelling world.

It was moving in the right direction but I could feel the calling for a deeper expression, I had more to say, never ever expecting the story that was about to unfold for me.

As if divinely guided, one of the lovely staff members Mel took an interest in what I was doing and began asking questions, particularly about why I had models coming through.

I explained they were part of my presentation to which she responded with an offer for her two beautiful daughters to take part.

Part indigenous and a gorgeous energy I could feel permeating through the phone, it was a no brainer for me.

Mel must have felt comfortable with me because much to my surprise she began sharing her devastating yet incredibly inspiring story.

You see all Mel knew in her life was domestic violence. It started within her family, from which she fled at a young age only to fall privy to this terrible plight again with her first boyfriend.

The control and frightening behaviour became so bad that she wouldn’t even raise her eyes from the ground anymore for fear, her perpetrator would accuse her of looking at other men, which quite often would result in a side hook and sadly he had no issue with doing it in public.

As her babies grew, their beautiful innocent beings finally bestowed Mel with the strength to run away. She knew she didn’t want them to repeat her mistakes and guess what… it was the Salvos who saved them.

They gave the girls a place to live, food, help with doctors’ bills, clothing even counselling.

The Salvos covered all bases with kindness, empathy and non-judgement, allowing her to find the courage and the belief that she could break the cycle.

Mel was slowly reclaiming her freedom.

Forever grateful, she swore that when she was back on her feet she would give back to the charity responsible for her rescue.

To date, Mel has been working with the Salvos for over a decade and has just been promoted to store manager.

She has reclaimed her independence, both daughters are flourishing and whilst it still hurts at times she is dedicated to her healing

Mel now walks with her head and eyes held high.

Not only has she learnt to love and defend herself she is an incredible influence and support for other women in her community who have lost their voice.

I was covered in goose bumps and blurted out a request for Mel to share her powerful story as part of my presentation to a room full of retail charity operators. I just knew it was part of mission to make this happen. Not only to drive home to my colleagues the enormous privilege of our roles but to also help Mel own her awesomeness.

After sleeping on it she agreed and it was nothing short of spectacular, we seriously blew the roof off!

Raw, honest, it hurt, but my god it was authentic. It was impossible to hold back the tears.

I feel so honoured to have been a part of such a powerful moment.

I ended the presentation by saying…

‘these amazing women are why we do what we do’

A standing ovation ensued, instigated by a man…such a beautiful full circle moment.

You see when you shop at a thrift store, this is where your money goes.

To the greater good and helping women like Mel to break the cycle of a domestic violence life sentence.

Her inner warrior woman continues to inspire me and I’m blessed to call Mel and her beautiful daughters my friends.

For me shopping elsewhere doesn’t really warrant a discussion. 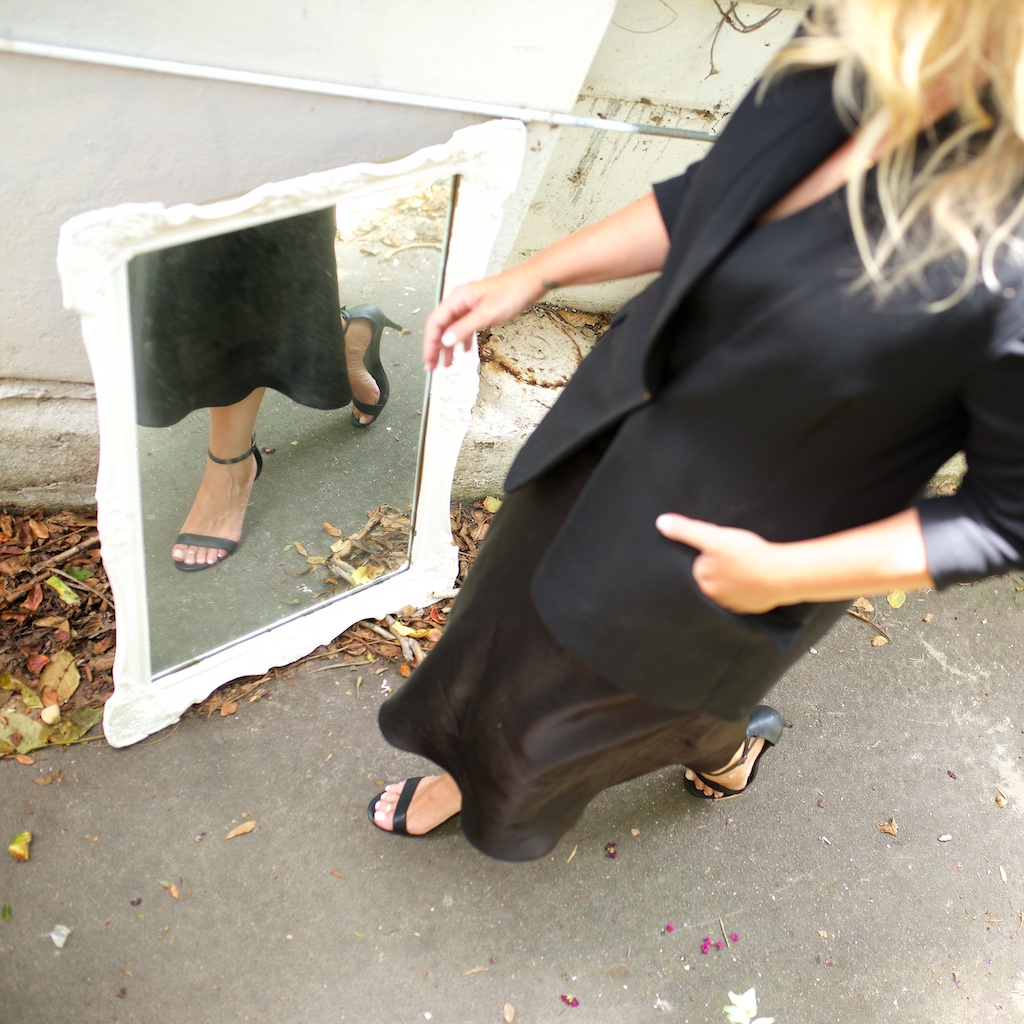 WHAT WOULD LOVE DO?

Maybe they have no shoes on, perhaps their clothes are falling apart, and they seem erratic, itchy, probably on something!?

We feel pity, an urge to flee the situation, maybe even a dash of fear.

We’ve made a decision on who that person is….less, a society outcast, someone beyond help?

Along with the staff member behind the till, I definitely did exactly that.

Based on a 3rd dimensional view of the situation at hand, I’d made an evaluation…even though I fancy myself as an open minded spiritual being it was clear I had bounced right into judgement especially because it seemed pretty obvious that stealing was on the cards.

However what I witnessed from the store manager was a divine example of what LOVE would do.

From the corner of my eye I noticed Dale’s calmness, a kind smile, he was confidently holding the space, I swear if I squinted I would have seen a glimpse of his wings. It was if my shoes were glued to the floor and I was meant to see what unfolded.

The woman approached the counter, still jumpy and suspicious; you could sense the inner turmoil.

However, what follows are Dale’s words as he recounts the shape shifting he so beautifully created…

‘This is what I call a moment of truth. It’s a point where stars align and you have an opportunity to make a difference to someone’s day or life! Sure it appeared she was considering leaving without paying, but we also don’t know why about her life and why she’s in this situation.

We simply said hello and asked if she needed any help and let it unfold.  She started explaining that she needs some things but is just deciding what to put back because she only had $10. She explained she had some trouble at home, her TV had been smashed and she has 5 great kids. My colleague Milka just gave her a gentle stroke on the arm and told her we would like to help her. That’s the point where she got teary and broke down revealing a very sad and soft hearted lady under her rough exterior. Maybe a caring touch and soft reassuring words are not normally present in her life. We don’t know.

At this point I wanted to go further than just letting someone get some things she needed. It’s great to get somebody out of a pickle or give them a necessity… but I saw this as an amazing opportunity to also restore someone’s dignity … or their spirit perhaps. There was a bag and a pair of shoes that she had already cast aside because she couldn’t afford them with her $10. I told her I think they would look great on her and that I’d really like her to have them.

I don’t know how much they cost because it was never important to me to look. They are shoes that she wanted… sometimes restoring and giving back to someone is more than just the bare necessities. The ‘wants’ are often overlooked for the ‘needs’ in normal welfare procedures.

She kept thanking us through tears and explained that she was too embarrassed about her situation to ask for help.

I then returned her focus to her kids and asked her if there is anything that her kids may need or like in store and that I’d really like her to take the bag and go and get some things for her kids also. She was very moved by this. I think this was a moment of truth for her also.

After finding some more items for her kids she found me and walked towards me with her arms open and gave me a hug … thanked me and told me that I have no idea what this means to her. I asked her to come back if there is anything else we can help with.

This whole situation could have gone in many different directions. Being open to a potentially negative or even dangerous situation being something very positive is something I always try to demonstrate with staff I work with. It does rub off.

I’ve had some staff members a little perplexed in the past as I seek out our finest pair of Reebok cross fit trainers for a homeless man with holes in his shoes… our best white goods for a mother that has just escaped a domestic violence situation… or maybe a television for a man who has just gotten clean and living in a room above a pub. See welfare helped with his food and helped with some bills. But who’s really human again until they can sit back and watch some tv.

I guess the last thing I’ll say and I have said this to many a customer. Is that if I could ask the donor of the item… or if they were sitting on my shoulder watching me. I think they would really like the person in need to have their item rather than me selling it’

Dale didn’t just shift that lady in needs perception but he also completely shifted mine that day. I saw what love would do play out right in front of me and I’m forever grateful.

Sure a charity store is a retail destination but in actual fact it’s not really about the clothes. The garments are actually a sartorial catalyst for incredible change and not just for the ones who are truly in need.

Sometimes it’s us who needs to change.

My clothing and mirror –  Salvos Stores 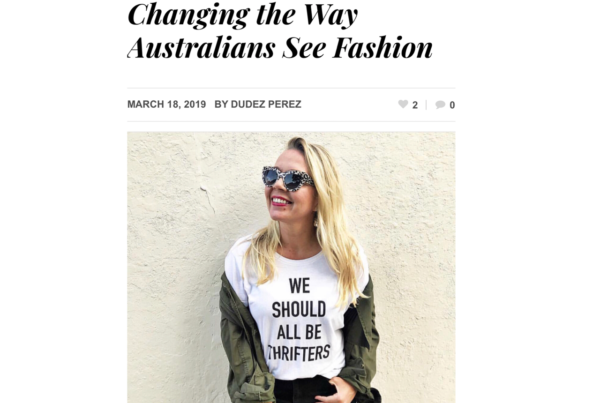 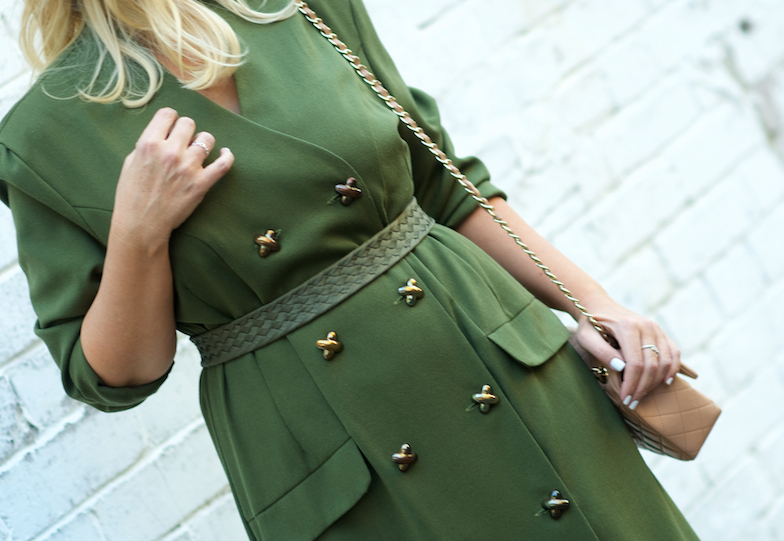 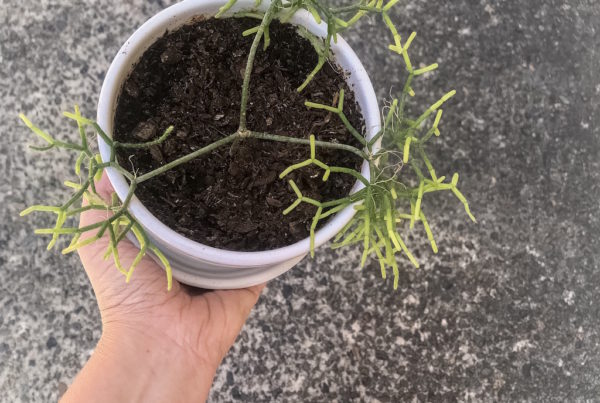